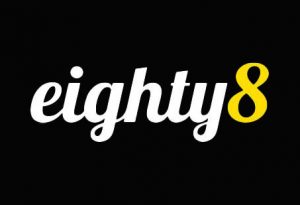 HHC, or hexahydrocannabinoid, was discovered in 1944 by American chemist Roger Adams when he added a hydrogen molecule to delta-9 THC during the hydrogenation process. This substance was, however, until now illegal as it would have been made from THC. However, HHC was found to be one of the many naturally occurring cannabinoids in the cannabis plant and in 2020, the de Las Heras group analysed a lipid extract from Cannabis sativa seeds and discovered 43 cannabinoids in it, one of which was HHC.

This 99% HHC distillate from Eighty8 that they use in their pens is imported from one of the largest producers in the US, and is produced in certified labs. The ratio of 9R and 9S molecules is in an ideal 1:1 ratio for maximum efficiency.

This website uses cookies to improve your experience while you navigate through the website. Out of these, the cookies that are categorized as necessary are stored on your browser as they are essential for the working of basic functionalities of the website. We also use third-party cookies that help us analyze and understand how you use this website. These cookies will be stored in your browser only with your consent. You also have the option to opt-out of these cookies. But opting out of some of these cookies may affect your browsing experience.
Necessary Always Enabled
Necessary cookies are absolutely essential for the website to function properly. These cookies ensure basic functionalities and security features of the website, anonymously.
SAVE & ACCEPT
10% Έκπτωση
Με τη πρώτη σας αγορά!
Εγγραφείτε και λάβετε το εκπτωτικό σας κουπόνι.
ΕΓΓΡΑΦΉ
Αναιρέστε την εγγραφή οποιαδήποτε στιγμή